Classical pianist and experienced worship pastor, Dr. William (Bill) Bloomquist has spent a lifetime living out the Biblical mandate: “Whatsoever your hands find to do, do it with all your might.” (Ecclesiastes 9:10). From his early classical training to his strong skills as a church musician, his credentials are world class. His utmost desire is to glorify God with the gifts that were given to him.

Dr. Bloomquist has performed in many of the nation’s major concert halls, including the Kennedy Center, Boston’s Jordan Hall and New York City’s Merkin Concert Hall. His international touring has included Belgium, Canada, Czech Republic, Germany, Portugal, Russia, Spain and Venezuela. The Washington Post has described his playing as “sparkling,” “breathtaking,” and “demonstrating an exquisite sense of vocal phrasing.” The Post review of his recital at the National Gallery of Art in Washington D.C. mentioned his “deft musicianship and enormous technical prowess…resulted in a cheering standing ovation.” A versatile chamber musician, his collaborations have included cellists Bernard Greenhouse, Leslie Parnas, saxophonist Gary Louie, and clarinetist Charles Stier, with whom he recorded two CDs, which include works by Brahms, Reger and Weber. He won First Prize in the National Symphony Collegiate Artists Competition, the Shreveport Symphony’s Wideman Competition, and the University of Maryland Concerto Competition (his alma mater for his Bachelor’s and Master’s degree in Piano Performance). He received his DMA in Piano Performance from the University of Texas at Austin. He was also a prizewinner in the New Orleans International Piano Competition and semifinalist in the San Antonio International Piano Competition.

Since 1994 Dr. Bloomquist has also served as the Worship Pastor at Riva Trace Baptist Church in Davidsonville, Maryland. His entire tenure there has been with the same Senior Pastor…a rare milestone in today’s ministry culture. He has seen the church grow significantly while transitioning through the various stages of a church’s normal life cycle. This includes the transitioning from traditional style to contemporary style with minimal negative consequence. He has excelled both as a team leader and mentor to those who have been involved in his remarkable ministry.

Dr. Bloomquist is also very active in his local community. He is the Past President of the Londontowne Symphony Orchestra Board. He serves on the board of the Anne Arundel (County) Music Teachers Association where he is a Past President. In addition he is the Director of Development for “Bridging the Nations Ministries, Int.” a 501(3c) organization focused on missions trips to Cuba. On top of that he maintains a prestigious private teaching studio and is the varsity tennis coach at Annapolis Area Christian High School. 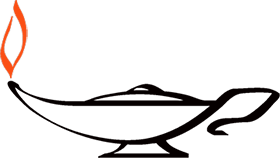